Fresh set of Eventuri lungs and some engine dress up for the AUTOID pair. 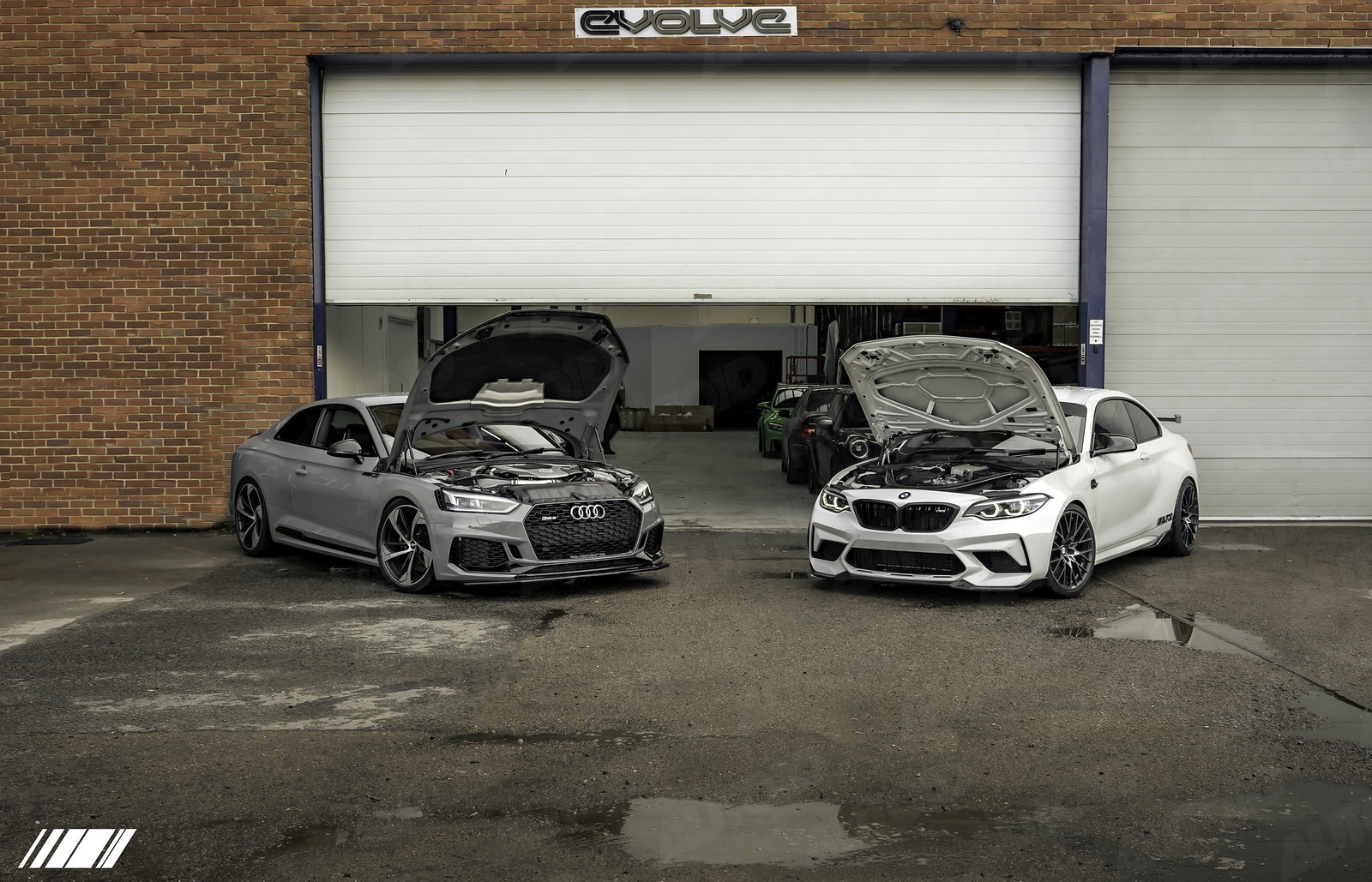 Haahhhh... breathe it in... smell that?! The warm aroma of petrol & oil, cooked brake pads and demolished tyres. That's right, track season is back. And with that, we're quickly checking through the list of upgrades planned. We needed a fresh set of lungs on the RS5 to help breathe in the array of scents but also the good stuff that engines need to function - oxygen. 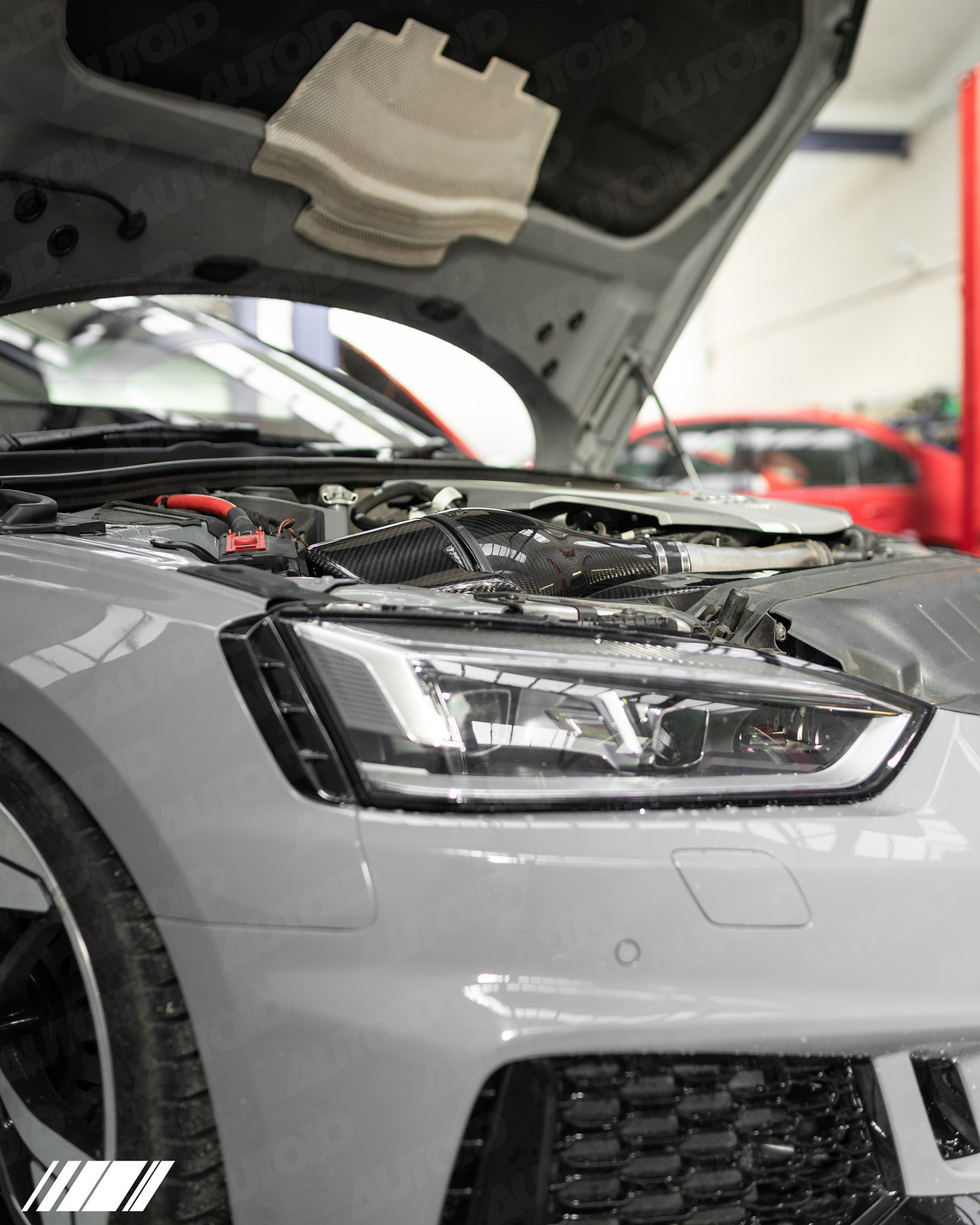 When it comes to intakes, you can do it a few different ways or you can do it the right way and pick Eventuri. That's what we have done.

I won't spend to much time explaining the "in's & out's", but top 3 points on why you should go down the Eventuri route: 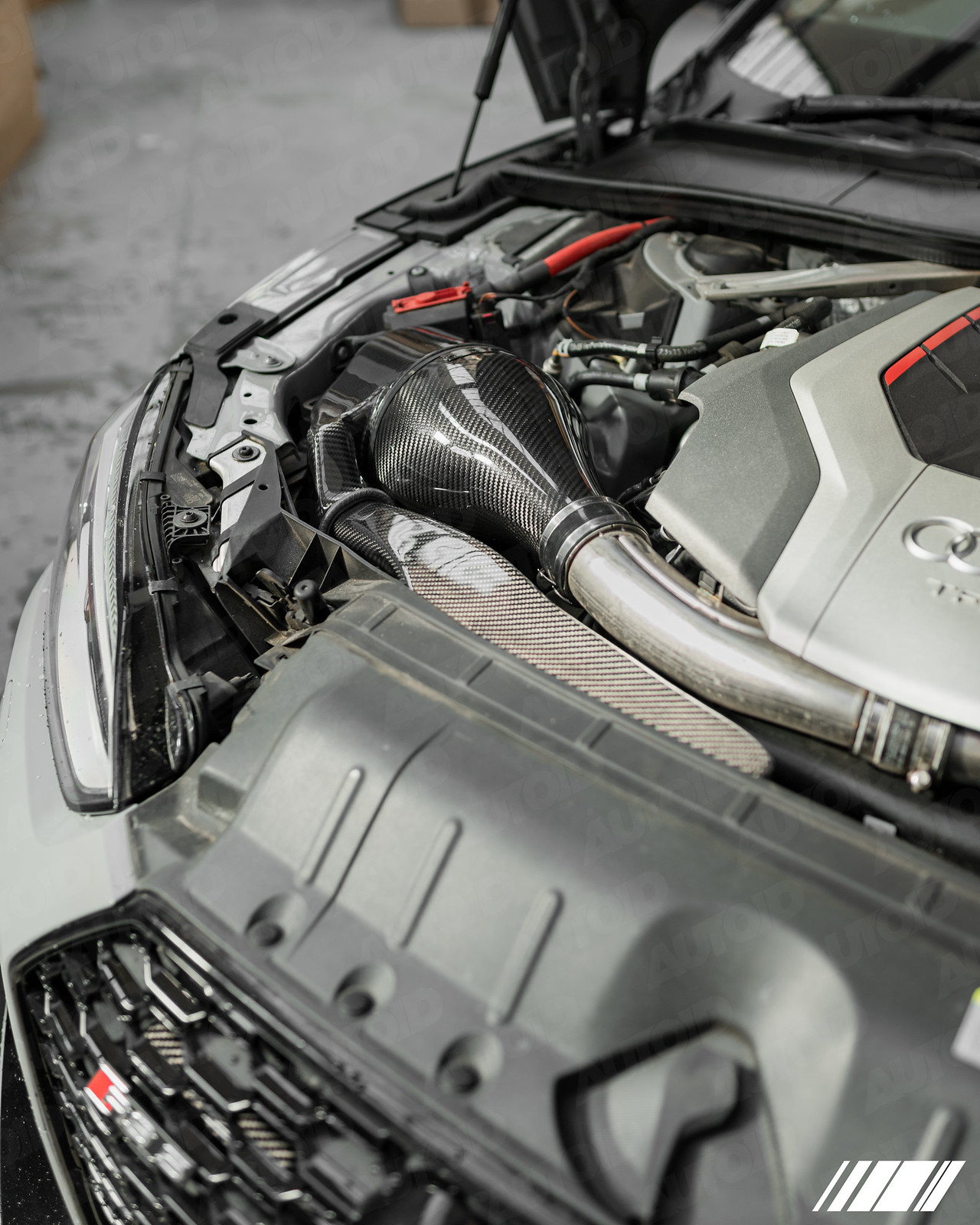 What those 3 points fail to mention though is the soundtrack - wow. The RS5 now feels alive. It's difficult to put into words but on the slightest feather of the throttle there are whooshes, flutters and whistles; its added another dimension of interactivity and character to the car - something that wasn't in the sales leaflet nor expected. Thats without going into all of the new beautiful glossy carbon fibre on show. Who knew an intake could make that much of a difference - I feel like a bit of an anorak just typing these words. 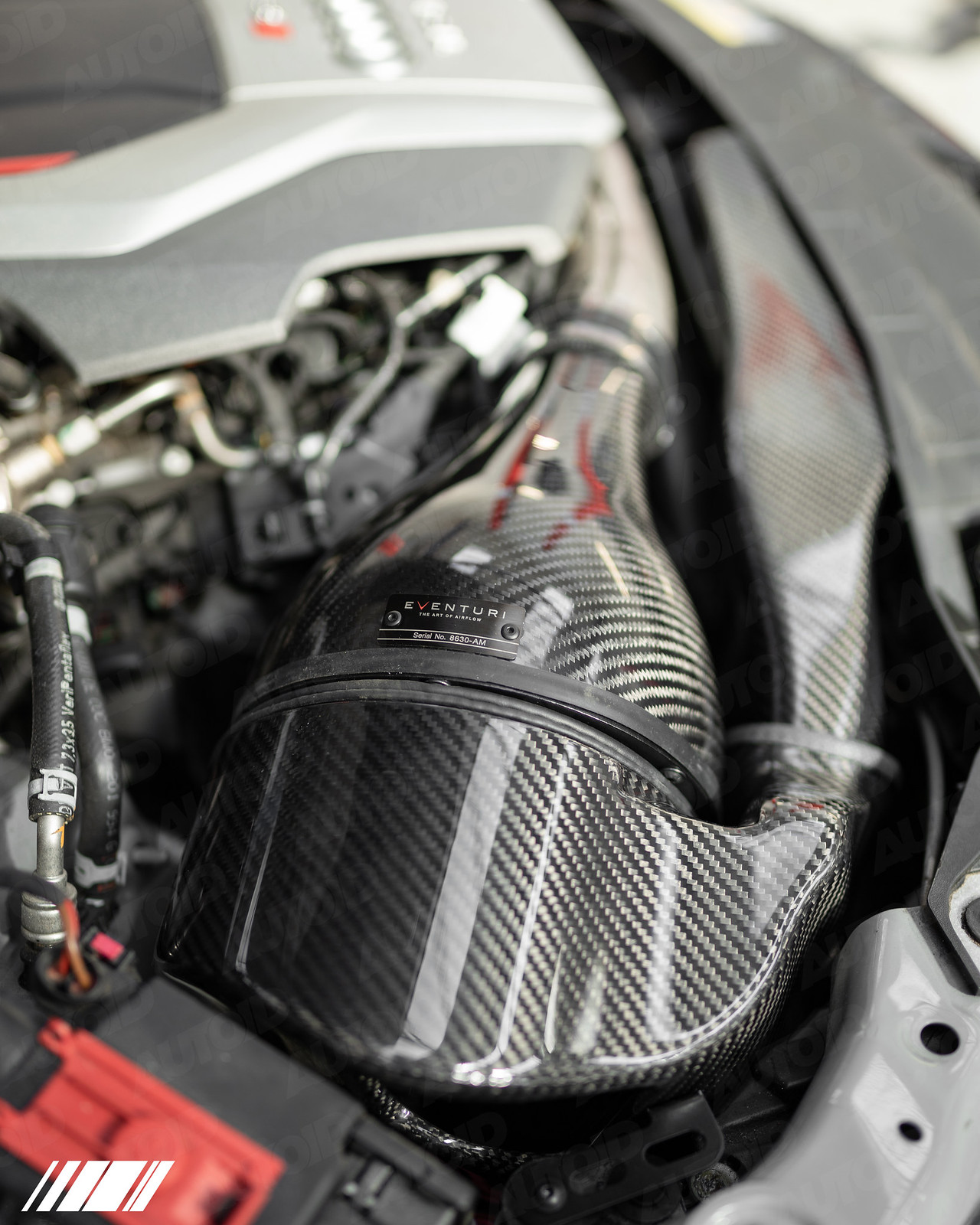 Moving swiftly on, we have Josh's BMW M2 Competition and the Eventuri engine-dress up. This is one of those modifications that you wish you'd done sooner. As you open the hood, a beautiful carbon strut brace greets you, quickly followed by a rough and cheap plastic engine cover. Avoid disappointment and desertion when you open the hood, the Eventuri carbon engine cover will make the difference. Maybe we'll see an intake system fitted to the M2 with the life it's brought to the RS5. 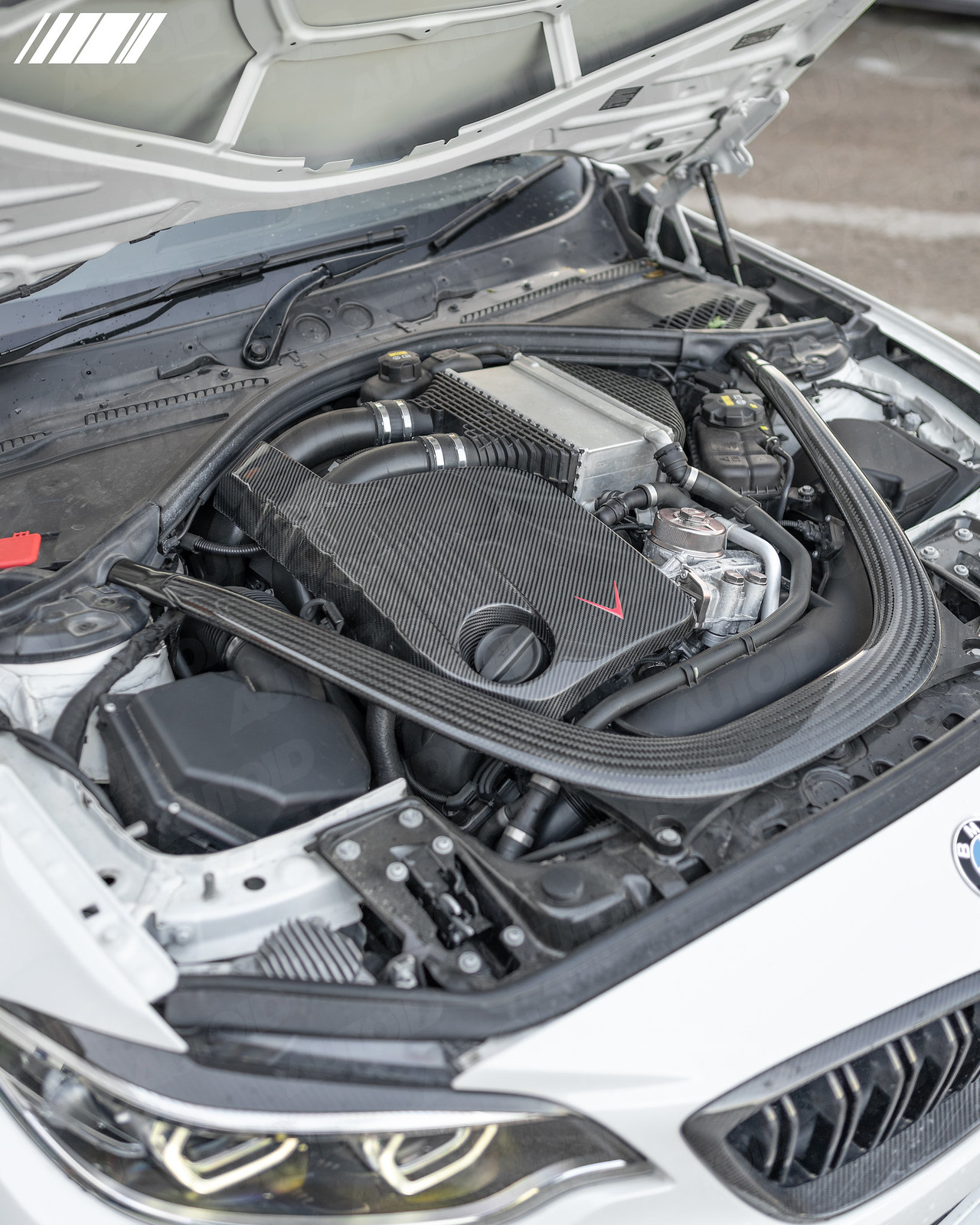 Built from pre-preg carbon fibre and designed using OEM components, its genuinely a very nice piece and worthy of consideration for anyone serious about adding the finishing touches to their engine bay. 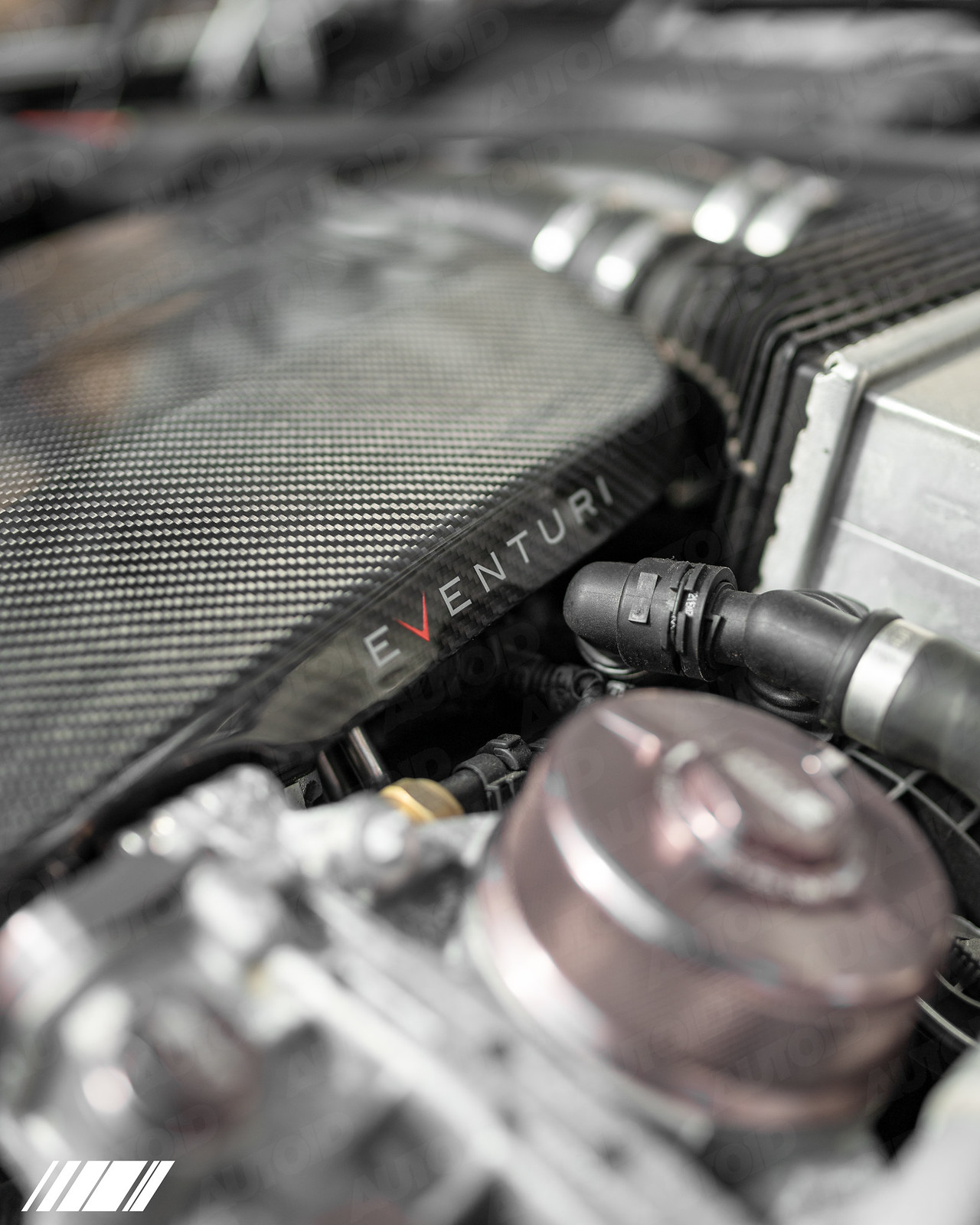 So that's that then, the next round of mods for AUTOID shop cars. What's next? And what do you think of the format for our blogs? Are you enjoying? Let us know in the comments.